ASCENSION - THE CHOICE OF LIFETIMES 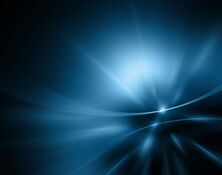 
In 1990 I began to receive information in meditation from a Being who told me of the Universal law of energy. How energy works and how we create problems for ourselves by having lost our understanding of this law, which includes the energy of our thoughts.

He told me about what was coming. I had no understanding at that time of what he was conveying to me.

A few years later, when I had internet access, I realised that he had been telling me about our Ascension.

Now, in recent times I have realised that the core of what he was telling me was about what is happening now. In 2020.

This is to all of us.

He said that a war was coming, I questioned what he meant by war;

“Not as your wars, it means confrontation that has to have an outcome-result, in many ways of a subtle type- nature, no “casualties” but where the strength will rest – end up. Many will be involved. (Definition of war is a permanent outcome). Will not be easy but important. You are able and there will be gains from this. In other places different wars with the same essence or base will happen.

Spiritual, spirit of all, the planet, turning point (slow) help will be available (must ask), prepare now. You have chosen, can choose, will choose."

(Consciously Choosing with intention is exercising our free will choice, and is powerfully responded to by the Universe.   Choosing  not to allow control and domination through fear.  Yet at the same time not focusing negatively on those who try to do that.  Negativity focused onto negativity feeds it - focusing compassion through the understanding of the bigger picture transforms negativity and enables us to create our self and world of choice.)

"Many people will be involved in what is coming, it is not just your thing. You have will have particular ability-training and an involvement, you will not be caught unaware, your eyes are open even though all is not yet revealed-clear.

It involves letting go to move forward; letting go of what holds you back; worldly success, power, domination. A whole new way of life emerging with structures for guidance-help rather than power-domination. Equality, awareness – allowing the truth, allowing choices.

Confrontation of what people mostly ignore the intangible on all levels- your area of involvement,”

The Being also talked about moving toward changes, closing doors – finishing with past.

"I am here to teach/guide you how to reform – take the energy and reform structures that had to change – it is not just changing one structure for another, it is complete reforming from the same energy therefore takes time - it is to be a proper structure – built from the bottom.  If you 'want' it enough -you can do it - it is within your power."

"You make your own schedule within the structure of timing, the more you do,  the more you shorten the time."

We are moving from fear to love.   Love overcomes all negativity.