ASCENSION - THE CHOICE OF LIFETIMES
Transforming Our World Through Focused Intention.


Our Consciousness can and is transforming our world through focused intention.

We are far more powerful than we have been conditioned or programmed to believe, and it is our programmed beliefs that keep s in victim mode believing the only thing we can do is to submit, or fight.

Our intentional focused consciousness is a transformative energy. Usually, we tend to focus unconsciously on what is wrong and not on what we prefer, not on how we choose to be and what kind of world we choose to create. We create our own experience of reality which at present in different ways is a painful reflection of our centuries old fear based programmed limiting beliefs about ourselves……..

Those beliefs are not of our truth, who we truly are. Now is the time to wake up to the truth of ourselves.

The stage is set for all truth to emerge – including hidden negativity, which may be shocking yet will provide, an opportunity for us to awaken and make a choice. Choice is powerful and brings change.

Dr.Masaru Emoto’s experiments with water beautifully illustrate how focused intention works.
For those who haven’t read any of his numerous books on the subject such as Messages In Water =

“Dr. Masaru Emoto, the Japanese scientist who revolutionized the idea that our thoughts and intentions impact the physical realm, is one of the most important water researchers the world has known. For over 20 years until he passed away in 2014, he studied the scientific evidence of how the molecular structure in water transforms when it is exposed to human words, thoughts, sounds and intentions.”

Isn’t it worth experimenting similarly, with your own experience of reality?

"....a whole new way of life emerging
with structures for guidance and help
rather than power and domination"


We each have a programmed self which is part of the fear based collective programming. Over thousands of generations the programmimg became dominant and controlling.

The programmed self is a part of us that feels disconnected from love and an aspect of our personality to varying degrees.  It is not of truth and diminishes as love grows. It is of many layers of programmed or conditioned fear based beliefs (not truths) that influence who we are, especially through the collective programme’s rules, belief systems, customs and perceptions installed over time that we believe we have to follow and depend on. The fear being we won’t survive if we do not, because that is all there is.

Because our programmed self is of fear it is divisive which creates an inner and outer sense of division including Source/self and nature.  Hence the fear of death.

The control of our human consciousness (through fear) meant that we could not awaken and evolve to the point where we could consciously merge with our higher self. A symbiotic process.

That is, until now!

We have reached a place in our awakening where the dominance of fear is losing ground, and will continue to do so as we awaken and gradually transform and integrate the layers. We are becoming free of that negative influence. There is no going back.

We are moving from fear to love.

The Ascension is both an ending and a beginning. 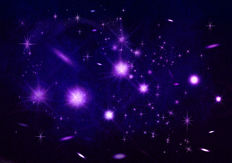